An Indoor Outdoor Ginger Plant, and Yes… It’s Even Edible!

Hedychium coronarium is the botanical name for the perennial white butterfly ginger plant, also called ginger lily (though not a true lily).

This butterfly ginger is a great indoor/outdoor plant for zones 8 and lower (colder), and can live outdoors in zones 7b-10b, but with extra protection from freezing temps. We’re on the cusp in zone 7a so we bring our ginger indoors when temps drop below 45°F.

You can consume the white butterfly ginger root for it’s culinary and medicinal benefits. However, the most flavorful ginger to grow for cooking is the Zingiber officinale plant.

A couple years ago in fall, I was helping my grandmother move her plants back into her house. One was a sorry looking white butterfly ginger plant that was root bound with almost no dirt in the planter. She’s in her mid 80’s and doesn’t tend to her plants like she used to.

This white butterfly ginger lily, aka, H. coronarium, with six very scrawny shoots and pale anemic looking green leaves. It reminded me of  a B-17 bomber from WW2 coming back from a bombing raid. In other words, all shot up to hell and back from the many different pests that plagued it during summer. It’s likely that it was sending out weak immune signals.

As I started to carry this one in, my grandmother (Gram), stopped me saying, “Nikolai, I don’t think I am going to keep that plant. For as long as I have had it, the ginger has not put out a single flower. I think it is because it is not getting any sunlight where it is right now. Could you toss it down the hill for me?” (She lives on a 4.5 acre wooded lot on a hill, next door to us, so her organic matter gets tossed down the hill for wildlife or to become organic compost for the wild plants).

I looked at the plant and thought about it, and I looked at the other plants. They were all a little sad from neglect.  I asked my grandmother a question, “Can I keep it since you don’t want it?”

“Sure, you can keep it! I think it needs more sun than what it is getting as of right now,” stated Gram.

A New Home and a New Pot

That evening, I came back home with a new plant to add to our collection of plants and rustled up a large pot. I filled it about three-quarters full of good organic compost then planted the white butterfly ginger plant in it and and covered up the bare roots up with more “black gold” compost.

TIP: It’s best to water plants AFTER you repot and bring them inside to help save your back since all the water ads more weight.

Ginger Grows Best Indoors in Winter in Zone 7a and Colder

There the ginger plant sat throughout the winter, warm and cozy. Until spring, when the weather was at a consistent 60°F and above overnight. I set the ginger out on our deck. As spring marched along to summer, the trees all around us leafed out and blocked much of the sunlight and I realized my prized white butterfly ginger plant needed a better location.

So I took my Ginger girl out to the garden, near a Turkish fig tree plant, and left it there for several weeks. But there still wasn’t enough sunlight, so I moved it again over to a rock outcrop that encircled a dogwood tree.

Soon thereafter I knew that was the right spot because new shoots sprang up. The new growth was at least three times the size of the older shoots in thickness and they were a darker, more vibrant green than the old shoots.

Later that spring, the original six shoots wilted and died, making room for the new growth to come and take their place. With each passing of the day, the new shoots slowly grew larger and more vibrant, as the white butterfly ginger plant shot up to 4 feet tall.

Before the growth spurt ended, I thought to myself. “Well, it looks like I will have some fragrant flowers this summer!”  But as the summer slowly drew to a close, I began to gradually lose faith that I would ever see delicate white butterfly like flowers that summer. Maybe it still wasn’t enough sun after all.

It wasn’t until early October (10/3 to be exact, according to my photo data), that I saw a large white thing on top of my ginger plant. I came up to the plant to take a closer look, and to my amazement, saw a beautiful white flower resembling a butterfly (of course)!

I couldn’t believe it! She was in bloom with a beautiful white ginger flower. I stepped up to it and smelled the flower.

My goodness, was the smell intoxicating! It reminded me of a more intense honeysuckle fragrance with hints of floral citrus. It’s WONDERFUL!!

I danced a bit, then rushed off to show my grandmother (who lives next door), a photo of the resurrected white butterfly ginger lily in bloom. She was duly surprised to see the one white blossom that was fully open.

A few days later the nighttime temps were going down to around 45, so I brought Ginger indoors. Soon after her arrival her fragrance permeated the room, captivating anyone walking by with an “mmmm”!

For more LOVELY flowers that bloom in fall.

However, these potentially invasive plants also perform a good deed of keeping the rich moist soils from washing away due to their strong and determined ginger root rhizomes.

The White Ginger Lily or Butterfly Ginger can reach heights of six-eight feet in height in the ground. If grown in a pot, the ginger tends to average around five feet tall.

The plant has very long, lance-shaped leaves that are medium green when healthy and thriving.

Pale green leaves butterfly ginger plant leaves could be a sign of not enough sunlight.

The Butterfly ginger flower clusters are elliptical racemes and look like white butterflies perched atop upright stems complete with two long lower “strands” called “spurs”, which resemble the tail of a butterfly.

Flower development of the delicately attractive flowers of the H. coronarium start blooming late summer to early fall in our hardiness zone 7a. However, with ample dappled sunlight and humid summers, ginger hedychium may bloom sooner and longer.

The plant stems are very thick at the bottom, with a reddish tint. As the butterfly lily grows, the stalks gets progressively smaller until it becomes as thin as the point of a spear or lance.

When new leaves come, they uncurl themselves in alternate growth along the stem itself, and forming a V shape at the top with the other leaves when the branch has reached their maximum length.

The flower buds form int a tight bulb similar to a garlic bulb with little white strandt. When you see those small strands, you will know that you will only have to wait a few more days before you are enjoying the ever so sweet scents of the attractive flowers!

How to Grow and Care for the White Ginger Lily

They like to have fertilizer thrown upon them. Once their older fertilizer has broken up, toss another handful upon them. This makes the new shoots grow fast and is a way to speed up the flowering process.

If you are an organic grower, place nicely composted organic matter every few months to ensure fast growth. The Ginger lily regularly. You want the plant to be happily moist. Not too soaked and definitely not too dry.

The white ginger lily is a very vigorous grower! You can help encourage healthy growth pruning the old stems to promote new growth. You will sometimes have to take the Hedychium coronarium out of their pots and break them up at the roots every few years. Divide and replant them in good healthy soil to develop fresh, vigorous growth.

The last time I did that I made divided into two additional pots which I gifted to a friend and a relative.

The white butterfly ginger plant is basically a carefree eager grower that is a gift that keeps on giving for many years as an ornamental plant with wonderfully fragrant flowers. And if you’re into it, you can harvest the roots for use in cooking and the flower oils for an essential oil. However, you’ll need to cultivate a number of ginger plants in order to have enough for that.

The White Ginger Lily, Hedychium coronarium, is considered an edible and medicinal plant.

Beyond the beautiful plant with graceful green frond-like leaves and beautiful aromatic blossoms, growing your own ginger for edible and medicinal ginger root is healthier. Much of the ginger available in stores today is imported from China and is reportedly heavily treated with pesticides.

As with most foods, when we grow it, we know it and when we make it we partake it, worry free!

For more possibilities, see our list of 80+ seed companies. 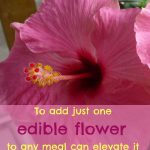 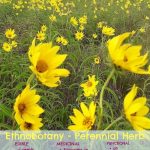 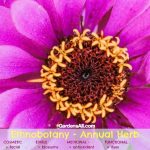 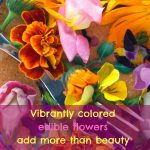 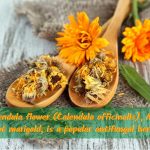 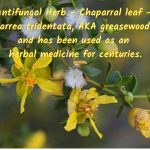