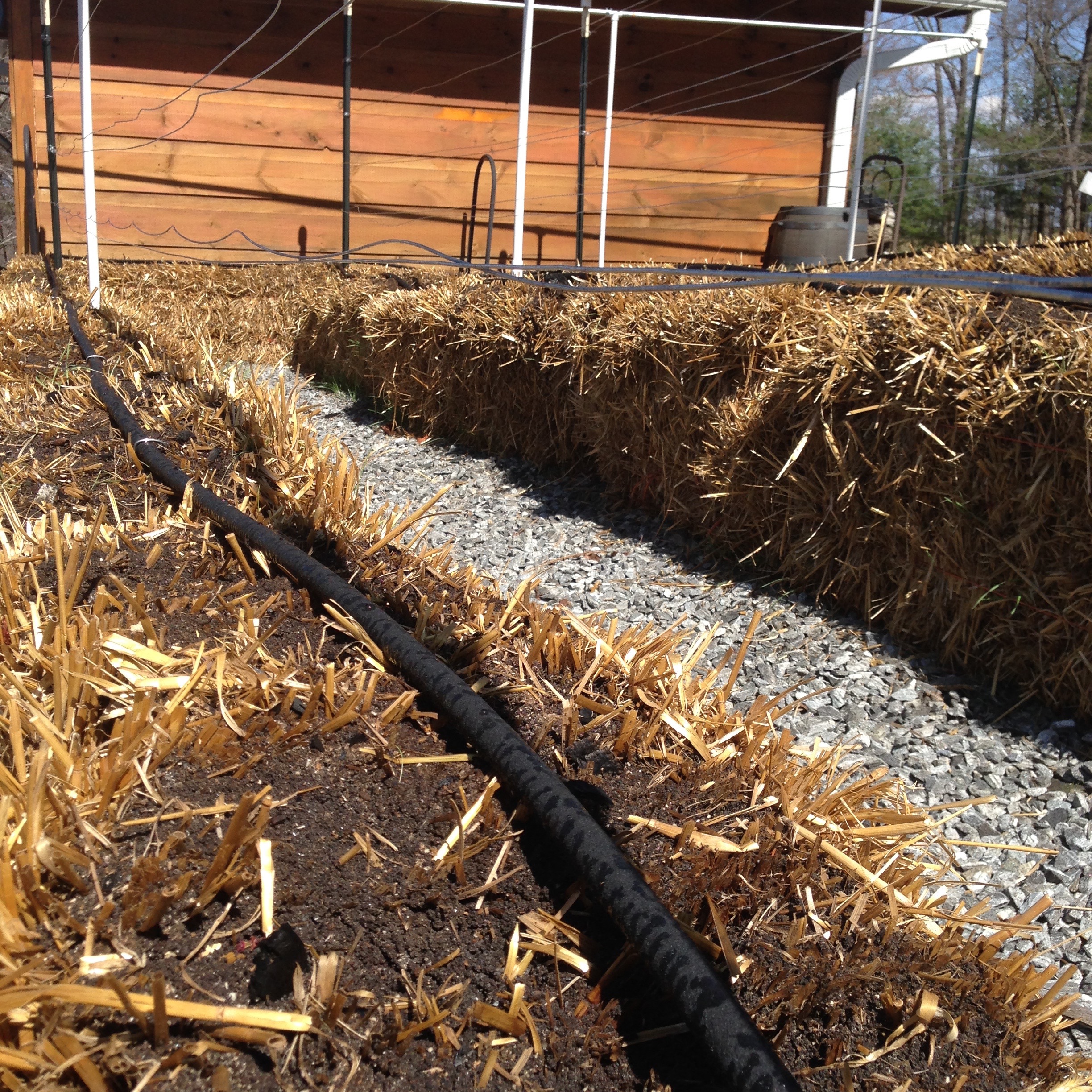 We’ve tried the sprinkler, soaker hose, drip irrigation systems, and before that, good ole sprinklers. By now we have identified our favorites.

Like many gardeners, we began watering our plots with overhead sprinklers, hoses and wands. To compensate for the occasional lapse of memory, or to supplement when we were away on hot dry spells, we set up automatic sprinkler timers.

The cheaper mechanical water timers often failed so we upgraded to the electronic sprinkler timers, which to this day have been the most reliable.

We’re on well water and our well has always yielded the best water with great pressure. But with sprinklers, the pressure would often vary with the timing and usage of water elsewhere resulting in spotty coverage.

For our small garden patch, we used a lot of water and not very efficiently. We would come out after a good wetting and mush over the soggy parts of paths to our dripping crops. While rain and water is essential for healthy crops, too much water can lead to problems.

Soggy conditions are an open invitation to slugs, mosquitoes, various fungi and molds all too ready to encroach on your garden. That’s certainly what happened in our garden Eden from uneven watering.

Next, we get into our soaker hose experience followed by pros and cons summary of the soaker hose and concluding with what we’re using now.

Soaker Hose System to the Rescue!

We chose the soaker hoses because they were cheaper and seemed far more simple than the drip irrigation systems. Also, we’d decided to change over to primarily straw bale gardening and many straw bale garden mavens were happy with their soakers systems.

Relatively Easy to Install, but…

We got two soaker hose kits and were happy with how easy they were to install.

One thing about kits though—and can apply to all kinds of kits—is that there’s often one or more missing parts. For the soaker hose layout, we needed more connections (T’s and L’s), wire pins to anchor the hoses, extra end caps, and hose connectors.

When you need extra parts, the kit makers seem to sell the “extra” pieces at a premium. It’s about as cheap to order another kit than to buy piecemeal, in terms of cost and time in scouting out all that you’ll need.

We shopped our local hardware store and found barbed 1/2″ Pex plumbing fittings that were slightly oversized. These were ground down a bit with a Dremel, and secured into the hoses with small radiator hose clamps.

For end plugs, we cut sticks into wood “corks” and secured them with the hose clamps. Or, you could use hardwood dowels.

Given a modest set-up time and tinkering with the connections, the soaker hose system is a huge improvement over sprinklers.

We know there are many that prefer the overhead systems–not having to work around embedded hoses and such, but we very much prefer going local with our water. The hoses put the water right at the base of the plants, and the leaves above stay relatively dry which means less slug damage and moisture related diseases.

The pressure surges and resultant uneven coverage are non-issues. The paths between the rows are much less soggy. It’s so easy to regulate the timing and quantity.

As much as we like the soaker hose method, there are some drawbacks.

We were glad to have discovered soaker hoses. They do what they claim to do and last year’s garden received the best hydration with the least effort ever.

We didn’t have to worry about our “Upper Garden”. It got the laissez-faire once or twice a week visitation and both the water timer and soaker hose system did the trick for producing an amazing quantity of squash, beans, cucumbers, peppers, and tomatoes.

Our conclusion is that the soaker hose is better than hand watering. If you buy a soaker kit, you’ll be up and running more quickly.

Read the reviews to help you decide which system’s pros and cons you can—or cannot— live with.

You’ll probably want to add in a timer. We picked the Orbit 62061Z- Amazon’s Choice as well as a wand or variable hose nozzle for spot watering.

Avoid the cheap vinyl hoses. Invest in a professional grade hose that will last numerous seasons.

After just one season, we changed over from the soaker hose to a drip irrigation system. Our soaker was worn out, but partly due to user error: we left it out in the garden over the winter and had to replace it after one season.

Now that we’ve experienced drip irrigation, we vastly prefer it over the soaker. The drip irrigation systems are more expensive and take more to install, but you can read about all that here toward helping you decide.

Wishing you a well-watered, healthy garden and harvest!

G. Coleman Alderson is an entrepreneur, land manager, investor, gardener, and author of the novel, Mountain Whispers: Days Without Sun. Coleman holds an MS from Penn State where his thesis centered on horticulture, park planning, design, and maintenance. He’s a member of the Phi Kappa Phi Honor Society and a licensed building contractor for 27 years. “But nothing surpasses my 40 years of lessons from the field and garden. And in the garden, as in life, it’s always interesting because those lessons never end!” Coleman Alderson